Watering succulents too much and keeping the soil wet causes them to die. Adapted to drought tolerance, succulents require the soil to dry out between waterings. In damp soil roots rot, causing the leaves to turn yellow, brown, or black with a dying appearance.

Plants usually die back when living in conditions that are significantly different from those of their natural environments.

Read on to find out how to save your dying snake plant.

Succulents thrive in hot, dry, desert-like conditions in well-draining soils with limited rainfall, a trait that enables them to be drought-resistant plants.

If succulents are watered too often or if they are planted in normal potting soil that retains moisture for too long, they may become too wet around their roots for desert plants to handle.

In their native environment, dry soil and infrequent rainfall form the foundation for their typical watering cycle, which includes several days of watering followed by dry periods.

It is also necessary to cultivate succulents in pots with drainage holes in their bottom to allow excess water to escape from the roots so that they do not become too wet and suffer from root rot.

The succulent leaves may turn yellow, brown or black from root rot if the soil becomes boggy and the saucers, trays and decorative outer pots prevent water from escaping effectively and cause the succulents’ leaves to become boggy.

Getting Dying Succulents to Green again

Watering your succulent after the soil dries out effectively reproduces the natural cycle of infrequent rain and drought, to which succulent plants are known to be specially adapted.

Ensure that the drainage holes in the bottom of your pot are not blocked by roots or compacted soil, and if you use saucers or trays underneath the pot, then empty them regularly to allow water to escape freely, so that the soil can dry out between periods of watering.

The succulent will recover fully as long as the soil dries out once you address the reasons that your succulent turns yellow or brown with mushy leaves (reduced how often you water it and replaced it with fresh soil) and implemented the ideal watering practices.

In the following weeks, your succulent should show signs of reviving but the amount will depend on how long it has endured stress.

Depending on the variety, some leaves may drop off and others may become limp (this happens to jade succulents).

Individual leaves that appear significantly yellow or brown with spreading discolorations and that do not seem to be recovering. to help promote recovery, through reducing overall stress on the succulent, sterile pruners are used to cut back individual leaves that have discolored to the base with a reversible blade to prevent the rot spreading.

Save Succulents with Severe Root Rot…

Despite watering the succulent correctly and replacing the soil with a well-draining, gritty potting mix, if the brown or black discoloration of your leaves or stems continues to worsen, it may be a sign of root rot.

If the succulent’s roots have rotted, it is difficult to save the entire plant, however, you can still propagate it by taking cuttings from healthy tissue.

Almost all succulent plants can easily be propagated from a single leaf or a healthy portion of the stem, as this is the way they reproduce in their natural environments.

The most common cause of succulent leaves turning brown is overwatering, but sunburn can also cause the leaves to turn light brown or even yellowish depending on the severity of the sunburn.

The requirements of succulents differ based on their light requirements with some succulents, like aloe, thriving in full sunlight, and others need bright indirect light and can be damaged by the direct sun (like snake plants).

Nevertheless, all succulents can suffer sunburn when being moved from a relatively shady location into full sunlight as they require time to adjust to the different light intensity.

When your succulent has been burned in the sun and turned a scorched brown shade, move it to an indirect area of bright light for the time being.

Sun-burnt leaves of succulents can be maintained, but they are best removed aesthetically.

Remove any brown areas of the leaves by cutting them back with a sterile pair of pruners, ideally back to the base of the plant. This stimulates new leaves to grow in their place. 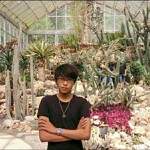 Read Also:Can I Leave My Plants Without Water? Here Are The Genius Tips For You! (2021)