You Need Improve The Soil In Potted Plants!

By adding fresh potting soil to a container’s soil, you can improve the soil as well. You may make it better by adding compost to boost the organic matter content. You can also add vermiculite to help it retain moisture. A slow-release organic fertilizer can be added to the potting soil to improve it. The most critical ingredient for growing amazing snake plants in containers is potting soil. However, when the snake plants take nutrients, several nutrients may be depleted after a growing season. You must enhance the potting soil before reusing it. These steps can help you revive your old potting soil.

The first step to improve the soil is to remove any dead plant matter from the previous potting soil. You can remove old roots, stems, sticks, and other undesired detritus by pulling them out. You should also remove any weeds that have grown in the potting soil. If you don’t pull them out with their roots, they can start growing again. You can pull these materials out with your hands. Digging for old roots, stems, and weeds with a trowel is easier and faster.

Let’s fix the next issue now to improve the soil, you’ve removed the undesired items from the soil. Because the old potting soil had been used for a while, the pressure may have compacted it. This implies there is less space between soil particles, making it difficult for air and moisture to circulate freely. As a result, you’ll need to aerate and enhance the texture of the old potting soil.

During the growing season, your snake plant may have been afflicted with pests or illnesses. Alternatively, you may simply want to be safe before recycling the dirt. This diseased potting soil should not be used without first sterilizing it to kill any lingering bugs or pathogens. The simplest method to improve the soil is to place the potting soil in a black garbage bag and place it in direct sunshine for several weeks. All pests and illnesses in the soil will be killed by the heat. Placing the potting soil on a baking tray and roasting it for an hour at 120 degrees would be a faster method. Pests and diseases in the soil will be killed as a result of this.

The disadvantage is that the heat will destroy any beneficial organisms or insects that are present in the soil. You can return the potting soil to the container once it has cooled. Before you do this, make sure the container is also sterilized. Place the container in a larger container or tub filled with 1 part bleach and 10 parts water to disinfect it. Allow an hour for the container to soak in the solution. The container should then be rinsed with clean water and dried in the sun. After everything has dried, you can fill it with sterilized potting soil. 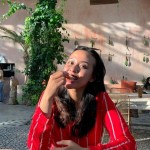 Hello! I'm Gita. I decided to be a part-time gardener cause my Mom always 'talk with plants' every weekend.

Gardening is so much fun! We try a lot to make our plants always healthy, and from that experiment, we will know what is the best treatment for each plant. And the last thing, gardening just does not allow one to grow old mentally.